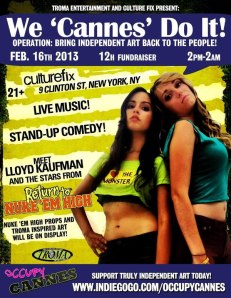 I’ve been watching Troma films for almost 20 of my 31 years of life. There’s not a single thing in my life that I can think of with that sort of “fan boy” longevity.

And yeah, I’m fully aware that Troma releases some of the campiest, strangest, most off-the-wall independent horror fare out there. So, why have such a life-long fascination for the crazed musings of Uncle Lloyd and co.?

I grew up deeply entrenched in the Toronto punk rock and hardcore scene. The whole idea behind the community was this unrelenting and unapologetic DIY ethic that literally painted every aspect of what we did, and who we were. That kind of schooling really never leaves you. You can grow up to be a banker or a CEO, but you cannot take that school of thought out of the fabric of your being. 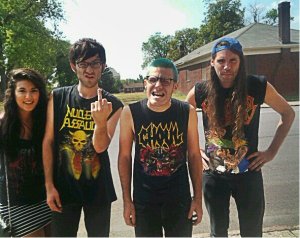 Look at me, for example. While I may not be the best reference for “How to Win Friends and Influence People”, I’ve always been regarded as a hard worker and a creative person. That’s what punk rock gave me – what the DIY movement gave me. It gave me Independence.

And that’s what Troma has in spades.

I would never regard them as an independent studio as a cause of failure, but rather consider Lloyd, Hertz, and co. to be the true visionaries in this genre of film. A lot of misinformed fans of the genre, and of Troma themselves, are under the impression that mainstream critics have shunned their work in favor of the glitz and glamor of more Hollywood fare. They’d be wrong. While mostly garnering negative or lukewarm reviews from the likes of Siskel and Ebert, The New York Times, Entertainment Weekly, etc., they’ve still managed to snag up a following larger than that hot neighbour girl who changes in the window. Hell, if you look into it, you’ll even find a few good reviews from the above-mentioned critics and more! 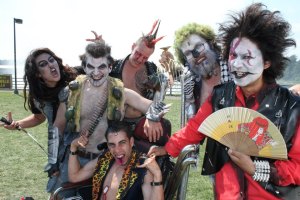 The fact is, Troma lives up to its motto: they are the “Movies of the future”.

Moving into 2013 and thinking about growth (and world domination), Troma and their team have dedicated their forward thinking vision on the Cannes Film Festival. While having travelled to the majestic land of bouillabaisse before for other years of the fest, and releasing a documentary aimed at helping teach independent filmmakers how to hock their wares to the big boys (All the Love You Cannes!), this ride out is making a point to tell the story of how an independent film studio, like Troma, has to fight to survive in the world dominated by, what Kaufman and co. frequently refer to as the “mega media conglomerates” that litter the streets of every celluloid city in the world. 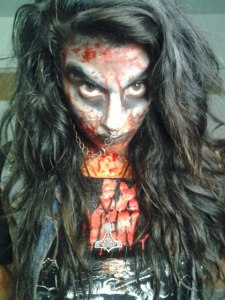 The enormously beautiful Tara Miller, who is not only an active member of the Troma Team, but also a principal actress in the exciting follow up to the Nuke ‘Em High series, Return to Nuke ‘Em High (coming in 2013/14), can tell you better than I can why The Occupy Cannes movement is so important to today’s cinematic legacy.

A commentary on my experience making Troma’s Return to Nuke ‘Em High and our endless fight for underground cinema!

Subsequent to spending nine lovely hours in an oversized mini- van trekking from NYC to Buffalo, we finally arrived on location to what we would call “home” for the next two months: an old funeral home. What could be more fitting whilst shooting a blood-bath of a film? The moon hung over the building surrounded by an assemblage of eerie clouds, constructing an atmosphere you could only find in a something like Phantasm; except for this was real life. As we shoved our luggage inside, I observed the amicable congregation of Troma folk who I would be living with. They were all equipped with impenetrable smiles and thirsty eyes—mostly metal heads, punks, long hairs and people sporting shirts like Blood Sucking Freaks and The Road Warrior. We were all strangers at this point, but I felt at home. From the moment I stepped into that place, I knew I was entering into an environment where my creativity would be fostered, my quirks embraced, and my passions (for both film and music) heightened. It was some vortex devoid of time and space, some alternate realm which endured to slaughter the mundane monotony of everyday existence; could reality actually be this awesome?

The process of making Return to Nuke ‘Em High Volume I was one of the most rewarding experiences of my life, but it was rigorous and laborious, and the antithesis of glamor. Every night we’d come home drenched in slime and blood, with our knees bruised and our vocal chords singed from screaming like a bunch of lunatics. We slept on a hard wood floor of a funeral home surrounded by 50 other people – but we’d get up every single morning even hungrier for success than the day before, ready to jump in and do what we love most on this planet. We’d heal the pain of sore muscles with a cheap beer at one of the local joints, have some GBH, Black Flag, and Misfits sing-alongs, and exchange dialogue about filming, always injecting humor into the days’ events. After late nights of shooting, we’d flock on the steps of the funeral home, chain smoke, listen to (our production manager ) Justin Martell’s hilarious rants, 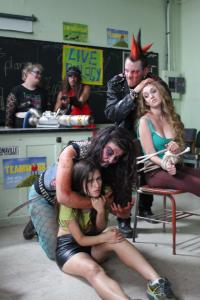 blast old heavy metal tunes, and nerd it about 70s exploitation films and 80s horror. We’d drink tea to cure rusty voices (kind of need those to make a movie), dance in our underwear and debate whether Re-Animator  or Videodrome had cooler gross-out sequences. I would do it again 5000 times over.

Do you dig Troma? Check out campaign, Occupy Cannes: A documentary about Independents at the Cannes Film Festival

Working with Lloyd Kaufman was a dream, as he is a man I have incessantly revered for his refusal to sacrifice his vision. The independent film industry is crammed with starry-eyed, idealistic hopefuls who also note Lloyd as a personal hero, and refuse to sacrifice their vision due to Lloyd’s example, fortitude, and perseverance.  However, (though it’s no secret) these filmmakers continue to struggle, meanwhile mainstream film production companies have sponsorships from corporations that enable more opportunity for promotion and ability to attend events like Cannes Film Festival. Due to Troma’s undying passion, we have since launched a campaign entitled Occupy Cannes .

The aim is to shed light on the struggles and triumphs of independent film making through the creation of a documentary. We have must raise $50,000 in total to attend Cannes, where our film Return to Nuke ‘Em High Volume I is screening, whilst shooting the documentary. The Occupy Cannes campaign is not to exclusively advocate for Troma Entertainment, but to inspire other independent film makers that IT IS possible to achieve success while preserving your artistic integrity and keeping your vision pure. Some of the most potent material circulating out there today is found within the underbelly of the underground, created by folks whose names you wouldn’t necessarily recognize at first glance: it’s for the Doug Sakmann’s, the Slasher Dave’s, the Evan Makrogiannis’, the James Balsamo’s and the Anthony Curry’s of the world! This campaign is for all of those involved in creating underground cinema! 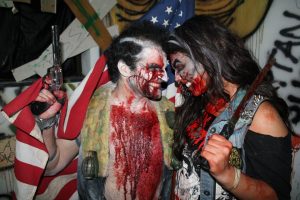 Ever since I was a wee little bun, I’ve long been entranced by the visceral, raw, and potent magick of cinema, namely films of the horror and sci-fi variety. I relish in the memory of chugging hot chocolate and curling up on the couch with my mom as a little kid, whilst receiving my first introduction to classic horror; I was mesmerized by Vincent Price and spellbound by Christopher Lee in the old Hammer films. Since then, my fervent adoration and appreciation for horror has manifested into something SO fervent, that it’s transcended beyond a simple passion: it’s the content of which my existence is comprised. I am honored to be part of Return to Nuke ‘Em High Volume I, and I hope to be able to share the magick only found in independent cinema with the world – by creating this documentary. Help us Occupy Cannes!

We Cannes do this, and we need your help!

It’s important for us to remember the spirit of our youth, and all of the dreams we had when we were all going through the crystallization of what makes us who we are today.

For me, Troma played a big roll in that period.

As of this writing, there’s still 17 days left to donate to the cause, and help Troma Occupy Cannes for the visionaries of the future. I sincerely hope that you’ll do your part to bring independent filmmaking to the masses, and to show the corporations and mega media conglomerates that we’re a force to be reckoned with. 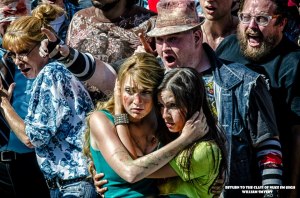 Visit Troma’s Indiegogo page to donate, and tweet using the #occupy #cannes hashtags to bring awareness to the fight for independent cinema.

2 thoughts on “Together, We Cannes Do It!”