I met Brice a few years ago via Facebook, even though we only recently met face-to-face for the first time (that was literally two days ago). It’s strange to say that, ’cause I feel totally at home with the guy. But now I’m positive that he exists, which is more than I can say for the lot of you.

The dude will probably hate me for saying this and ruining his street cred, but I can best describe Brice as one of the most amazing damned fathers I have ever met. He’s a mean little sweetheart all covered in tattoos, with an awesome child-like innocence and a hilarious (but sometimes vividly disgusting) sense of humor. He strokes his goatee while he’s smoking and listening to the inane ramblings of whoever is present, making him look somewhat like a mad professor, but also letting you feel like he’s genuinely considering what you’re flapping your gums about. I’d give a million bucks to see what’s going on in his brain at those moments, but fear that I may find a Justin Bieber film on repeat in there instead of what I might expect…

In his daylight hours, he’s a reporter for a daily newspaper, a husband to a slightly insane (but ridiculously cute as hell) woman, the father of three adorible little monsters (very well behaved, too), and a columnist/writer for Fangoria.

See, one of the best things about Brice is the fact that he’s just. like. me… but different. We love the same music, we love the same movies, and we damn well love the same books. I think the biggest difference here is that he’s skinny, and I’m getting fat from all the cookies I’ve been eating for dinner.

Shit, I’ve been waiting a long time to introduce you guys to this crazy man, and this is the perfect time to do so. So without further ado, it is my pleasure to introduce y’all to one of the poor bastards I howl my ridiculous ideas and problems at – W. Brice McNasty… er… sorry… W. Brice McVicar.

Warning: The following is not for the faint of heart… no pun intended

All I Want for Christmas – W. Brice McVicar

Wish lists are a pain in the ass.

However, I was asked to craft an “All I want for Christmas” column and, honestly, was flattered to be thought of. Apparently Dreadful Tales has low standards. 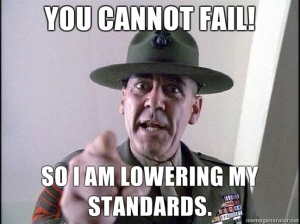 So it’s that time of year when we’re supposed to look back, be charitable, love thy fellow man and all that warm and fuzzy shit. Fuck that. We know what we all want at Christmas. Gore, guts, ghosts, ghouls… Maybe an eviscerated Santa stuck in the chimney.

Hell, we have a skull as our Christmas tree topper. Screw angels.

Regardless, I do get captured up in the season’s spirit and compile a gift list for my wife to use as a guide to feed my horror habit. On that list, generally, are ample films, CDs and, of course, books.

This year, one of my most hoped-for items is Krampus, The Yule Lord by BROM. Now, I’ve gotta be honest, I know shit about BROM and only discovered the book as I was walking through my local book store and the cover jumped out at me.

You can read a bit about the book over at BROM’s website – www.bromart.com – and check out creepy drawings of Krampus. The pics alone are enough to instil an appreciation for the darker side of Christmas including the great folklore of Krampus, a terrifying creature that steals naughty children, throws them in his big sack and carries them away.

Santa may give out lumps of coal but Krampus knows how to treat the brats.

Speaking of Santa, ever wonder what happens when Santa blows his load on a Christmas tree?

Well, Robert Devereaux’s just twisted enough to have pondered what secrets lie in Santa’s semen and shared his thoughts in his fantastically funny and twisted novel Santa Steps Out. This mean mother was first published by Dark Highway Press in 1998  and then mass produced by Leisure (damn I miss them!) two years later. (Ed: This particular title is available again from Deadite Press.)

Apparently it can because Devereaux also published Santa Conquers the Homophobes (Ed: Also available from Deadite Press). This one I don’t have and, well, if you’re still looking for that perfect gift for me.

Devereaux’s supposed to wrap up his Santa trilogy at some point and one can’t help but wonder what he’s got in store for St. Nick.

Devereaux’s one of those truly cool authors who has just never got the attention he deserves and that’s why I pine for the glory days of Leisure. That line was so ahead of its time. Just look at the authors they gave us: Gary Braunbeck, Brian Keene, Douglas Clegg, Jack Ketchum, Richard Laymon….

There is a publisher who seems to be willing to fill that void, though, with Samhain cranking out some impressive titles. The only issue is they’re e-book heavy.

Maybe for Christmas we can all lobby editor Don D’Auria to put more focus on printing actual books. I’m okay with the whole e-reading thing but nothing beats having an actual book in your hands.

Lastly, let’s get Hollywood executives to get their collective heads out of their asses and read a fucking book. There are too many novels out there begging to be translated to film (Joe Lansdale’s Dead in The West anyone?) rather than another remake of another film that will never hold a candle to the original.

Have a merry Christmas.

1 thought on “All I Want for Christmas: McVicar-style”