It’s that blessed time of year, folks. The time where we all ask for things we don’t deserve, don’t need, and definitely don’t know how to get. We depend on the resources of others to bring material pleasure to our gaping, greedy mitts, and hinge an entire year’s worth of happiness on it. Those who fail, fail us entirely. Those who try… well, those are the ones who matter. 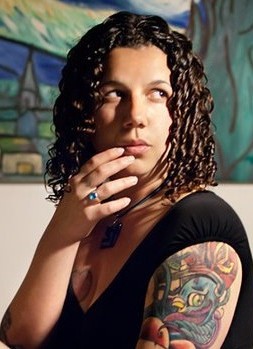 But sometimes there’s a special person in your life – someone like horror author Mandy DeGeit – who asks for things that aren’t only completely unattainable, but that would also spell the end of the world in a deliciously sexy and oh so aggressive way. I caution those with a hard-on for horror lovin’, tattooed babes… those potential “minions” who may currently work in a position of political power, or have a stash of armaments nearby – please, please, please read this list with a heavy dose of humor. DeGeit has the chops to woo you with her words, and the ingrained feminine appeal to drive you to do her bidding. She doesn’t need these things. She’s already got them.

What I want for Christmas

Ah, Xmas. It’s the time of year where gifts are given and most of the time you end up with something you really don’t need or want. 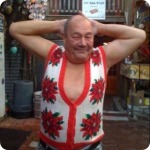 From horrendous handmade sweaters to “where the hell did you find this shit” knickknacks, most gifts seem to be ones that were better left “ungiven”.

I’m not going to ask for world peace, or to end the famine, blah blah blah… While those would be nice, they don’t really affect me one bit, and that’s just not right.

In a perfect world, during a perfect Xmas, the perfect gifts under my tree would appear as follows:

1 – Painless tattoos. I love tattoos, but I hate getting them. I can only sit for an hour, maybe two on a good day. Actually, I just need an anaesthesiologist to put me under and monitor me so I don’t die… Yeah, that’s perfect, I’d like to change my answer to a personal anaesthesiologist.

2 – A male version of myself. I’ve said it once, I’ll say it again, I want a clone of ME. Dating sucks, but I’m pretty spectacular. So I figured, how better to please myself, than with myself. I still wonder if that would be incest or masterbation, but I guess it doesn’t really matter until I find my MaleMandy. (No tattoos though, for some strange reason, I prefer my boys with no ink.)

3 – Weaponry. SHOW ME THE GUNS! Being in Canada, we are not allowed to be as armed as our fellow US counterparts are. I happen to like heavy artillery and things that can blow shit up, so anything along those lines would be awesome. An AR-15 would fit in my stocking nicely, well maybe not… Just shove it under the tree.

5 – Minions. Not clones, but minions to do my bidding. Creating an empire is not easy to do

on your own. I don’t want cast off minions, midgety or deformed and all that, I was thinking more along the lines of super soldiers who will follow my every word.

6 – Title of Queen of the world. This would negate my need for the minions and possibly the weaponry, but I’ll still take those things just in case. 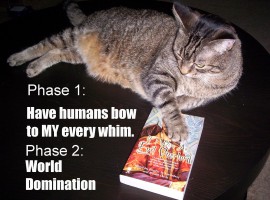 (Apparently my wish list seems to deviate towards the possibility of world domination. *Shrug* These things happen.)

On another note, December 26th is my birthday, so get the double presents going… Oh and Merry Xmas.

5 thoughts on “World Domination, Tattoos, and A Whole Lot of Minions: Author Mandy DeGeit Shares Her Wants and Needs for Christmas”