In case you missed it, or for some reason didn’t notice, Dreadful Tales dedicated about a week and a half to the New Home of Horror, Samhain Publishing. If you didn’t catch the reviews, interviews, and guest posts, never fear, fair reader! Meli’s got you covered. First, let me apologize for referring to myself in third person. I’m sorry.

Although we lovingly referred to this as the Samhain Celebration, there was a name that was repeatedly mentioned with love, affection and admiration; editor of the Samhain horror line Don D’Auria.

I must admit that was introduced to some of Leisure’s most beloved authors, and my favorite modern fiction writers, just a few or so years ago. To give you an idea of where my passion for modern horror fiction began, let me just say the first Leisure title I read was John Everson’s The 13th. That came out in ’09, so I am over a decade late to the party. As usual. When Leisure started to dissolve, I was as sick over it as longtime fans. And while I wasn’t there from the beginning, I felt the power of the legacy and its loss just the same. 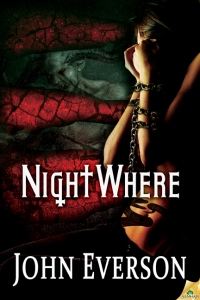 The heyday of the infamous Dorchester horror line may be over, but it is a new day in horror fiction with a veteran captain manning the ship. Perhaps I couldn’t appreciate Don D’Auria’s contribution back in ’09, but as the cycle of horror fiction comes full circle – John Everson’s latest novel NightWere comes out in eBook format from Samhain June 2012 – I recognize the debt my bookshelves (and Kindle) owe to this man, D’Auria.

Since 2009, I have been baptized into the Church of Richard Laymon and Jack Ketchum, both old Messiahs I seek dark guidance from frequently. And there are so many more I have discovered since – Bryan Smith, Elizabeth Massie, Jeff Strand, Ronald Malfi… But it all started with that one John Everson title, The 13th.

I kicked off the celebration with a review of Elena Hearty’s Donor. Hearty is a different type of writer. She writes for fun and on her own terms. I’m sure most Samhain writers that I love are in it because they love the genre and they love to write. Let’s face it, if you’re not Stephen King, you’re not getting rich as a horror writer, but Hearty is the first to tell you flat out that a horror con is her worst nightmare and she don’t do deadlines. I like that. When you read Donor, none of that will surprise you.

Despite Hearty’s very punk rock approach to writing, she gave me some time to bombard her with questions. You can read all about her influences for her debut vampire novel and plenty of other interesting tidbits here.

Following that Pat Dreadful shared a review of the Bram Stoker Award nominated The Lamplighters by Frazer Lee and an interview with the man himself who shares my love of giallo movies and the equally infamous music of giallos, Goblin.

I have two first-time authors at Samhain in particular that I am excited to read more from and that is Elena Hearty and Jonathan Janz. I followed Pat’s coverage of Frazer Lee with a 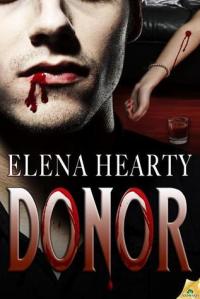 second look at Jonathan Janz’ The Sorrows. Janz also took some time to talk to Dreadful Tales about the influence Don D’Auria had on his career and subsequent initiation into the bloody world of Samhain here.

While I didn’t instantly love Nile J. Limbaugh’s Genesis of Evil as much as Janz’ The Sorrows or Hearty’s Donor, I still trust the Samhain / D’Auria signature and plan to give this author another chance. Genesis of Evil had some missteps, but still entertaining and full of promise as horror fans would expect from the D’Auria approved titles.

It wasn’t just Pat and I doing the yapping this week. We had a couple guest posters to share their enthusiasm for Samhain, and especially Don D’Auria as well. First up was Brian Moreland who gave us An Insider’s Look at Samhain. Kristopher Rufty, also new to the Samhain family, share his experience of first getting signed with the publisher and how that all came to fruition in One Year Later. You can read that here.

Last, but certainly not least, Pat sat down to chat with Forest of Shadows author Hunter Shea and you can read the full interview here. Shea is a new favorite for Pat and renewed his love of the haunted house story. You can check out his review for Forest of Shadows and find out what’s got Pat so excited here.

So there you have it folks. That was a week in celebration of a name you’re going to hear around here quite often. We hope you are excited for a dark and horrific future at Samhain Publishing.