I hope you’ve all recovered from your New Years Eve debaucheries. Me, I stayed home with the husband and made surf ‘n turf. Well, he made, I ate! I also hope you were able to take advantage of some of the great end-of-the-year deals. One of our favorite small presses here at Dreadful Tales, Dark Regions Press, offered a 25% off coupon, Scott Nicholson gave away free Kindle copies of his Mystery Dance: Three Novels, and there was plenty of other generosity to take advantage of on New Years Day. Even though the hangovers are gone and it is officially 2012, there are still plenty of digital deals for cheap and even free that you don’t want to miss.

Dreadful Tales had an exclusive sneak peek of Monica S. Kuebler’s (Owner/Editor of Burning Effigy Press, Rue Morgue Magazine’s Managing Editor) YA vampire novel Bleeder in early December and as scheduled the first chapter finally went live yesterday, January 1st! You can check back every Sunday for the latest chapter and watch this dark tale unfold via http://www.bleederbook.com. The stunning cover art and synopsis are certain to steal your cold, black hearts. 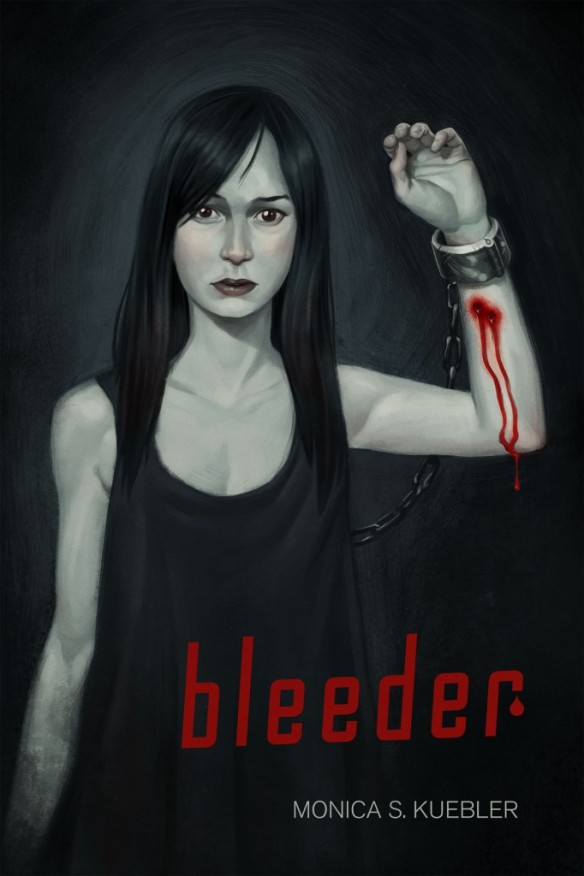 What if everything you knew about your life was a lie?
What if the truth was much, much worse?

Mildred “Mills” Millhatten’s life changed forever the day she found out it wasn’t hers at all.

Forfeited as retribution for the alleged crimes of a father she’s never met, she’s cast into a strange, vicious world that she didn’t know existed and has little hope of understanding.

As a Bleeder – one whose lifeblood feeds the Nosferatu – her continued survival hangs ever in the balance. The creatures are keeping her alive because they believe her blood has mystical properties. Mills fears what will happen when they realize they are wrong – or are they?

If she hopes to survive and discover who she truly is, she needs an ally. She needs to befriend a bloodthirsty monster. Because she lives in their world now, and if she doesn’t do something fast, she’s going to die in it too.

This is not a digital deal, but still worth mentioning; the upcoming Zombies vs Robots: This Means War! anthology is available at a 32% discount if you preorder now. Featuring a number of talented writers, this colab is an expansion on IDW’s original comic book series Zombies vs Robots and judging by the talent lined up for this one, you don’t wanna miss it!

And back to the digital deals, here are a few titles under the $3.00 mark that caught my eye…

You can pick up Greg F. Gifunes’s Midnight Solitaire from Delirium Books for a scant $2.99 for Kindle or Nook. His novella Catching Hell, published by Samhain Publishing in November, is also available on the cheap for just $2.66 for Kindle or $3.01 for Nook. You can check out the Dreadful Tales review here. Gifune is an original talent with an impressive resume. You really can’t go wrong with any of his titles if you like dark, suspenseful fiction.

Speaking of masters of dark suspense, Ronald Malfi’s novella, also out by Samhain Publishing, Borealis, is yours for only $2.80 for Kindle or $3.01 for Nook. You can read the Dreadful Tales review here, but the short version is this is a super creepy tale that you MUST read, NOW!

Michael McBride, a writer who has been published by both Delirium and Dark Regions Press, has most of his titles at the crazy low price of $0.99! Might I suggest Burial Ground? This is a suspenseful and mysterious expedition story that also includes excerpts from three other McBride titles. Pick it up for your Kindle for just under a buck or for your Nook for only $2.99!

Well, that’s all for this edition of Bloody Bytes, dear readers. For those of you spending this last day off from work relaxing, go on and get reading!